“Everyone I’ve worked with at New West has been great! We run Microsoft RMS in a multi-store chain environment and they have helped with our payment transition to EMV processing. They could not have made the process smoother. Highly recommend them!” ~Brandon Disney, Data Doctors

“The blockchain is an incorruptible digital ledger of economic transactions that can be programmed to record not just financial transactions but virtually everything of value.” ~Don & Alex Tapscott, authors Blockchain Revolution (2016) By Dan King, President The blockchain is a way of digitally recording data and transactions, allowing digital information to be distributed but not copied. Mostly known and originally devised for its ties to Bitcoin, blockchain has an intriguing past under the cover of […] 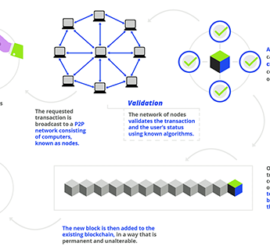