“Have been partnering with Newestech on many projects for many years. Great company, awesome people. Highly recommended.” ~Anthony Ludmilin, Retail Management Hero

Redmond, WA – PRNewswire – November 19, 2015 – Microsoft Corp. on Thursday announced that the next release of its flagship ERP solution, Microsoft Dynamics AX, will be generally available in the first quarter of 2016. The new release, architected for the cloud, brings the power and intelligence of the next generation of cloud computing in an enterprise-class business application to people and organizations worldwide. Microsoft announced that a public preview of the new solution for […]

Atlanta, GA – Business Wire – January 28, 2014 – BitPay, the world leader in business solutions for virtual currencies, announced that New West Technologies, Inc. has released a Bitcoin integration for Microsoft Dynamics Retail Management Systems (RMS). Bitcoin for RMS is a progressive extension that allows Microsoft RMS to receive and process Bitcoin payments for goods and services. Using cryptography to control the creation and transfer of money, Bitcoin eliminates opportunity for fraud and identity theft. Because the Bitcoin system […] 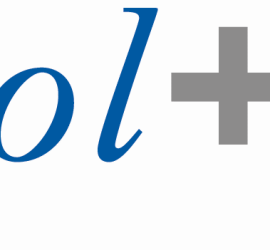